Home / When to Set Boundaries

When to Set Boundaries 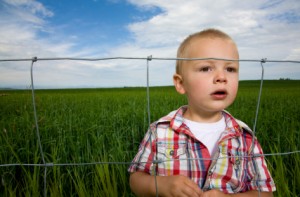 Janet Lansbury discusses when to say “yes” to something as a parent versus when to set a boundary in an intriguing article.  She says to say “yes” to your child’s feelings and to your child’s self-directed play.  These are two things that I emphasize in the play therapy I do with young clients.  Janet states that children need freedom to express their deepest, darkest, oddest, or inappropriate-seeming feelings because emotions are connected to “self” and who we are.  By accepting a child’s emotions, we are accepting who they are.  Janet states, “Encouraging the expression of feelings and acknowledging them is the key to our child’s emotional health and also to self-worth”.  This means not stopping the emotions with distractions, punishments, or other invalidating responses.  The other thing to say “yes” to is self-directed play as children learn a great deal through their play.  Boundaries should be set for safety, when the child is testing, and during transitions.  Janet also addresses the “annoyance factor” which can be summed up by a quote from the article “when we placate children by allowing them to do what we don’t really want them to do, we end up being the ones who want to explode, and that can be dangerous.”  In other words, if we will be irritated by a behavior, it might be better to set a limit rather than endure the behavior and become resentful of the child.

2 Responses to When to Set Boundaries