Home / Lying..Maybe Not All Bad 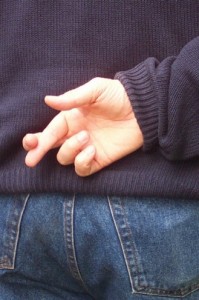 A study shows children as young as 2 are capable of telling small lies. The study found 25% of children that age say little lies. It’s not just to cover-up things, but instead to show how capable they are.  As children grow, so can lying. Eighty percent of 4 year olds are said to lie. However, the percentage decreases through adolescence.  I have found when working with families that children will lie when questioned about a misbehavior such as, “Did you hit your brother?”  As I mentioned in my previous post, questions put children on the spot and can make them feel anxious, hence parents end up hearing a lie rather than the truth.  I encourage parents to confront children with statements if they know what happened “You were frustrated and hit your brother, but it’s not okay to hit, instead you can let me know why you’re frustrated” as one example.  Often parents are concerned that lying is a symptom, but this behavior can be part of normal development in children especially under certain circumstances such as the one described above.  Sometimes children make up elaborate stories about their day “I went on a hike and saw a bear.”  I say, if your child seems to be telling tall tales, just go with it “Oh wow, that sounds like fun!”  If a child is lying to get out of trouble you can reflect “You don’t like being in trouble.”  I think it can be helpful for parents to view lying as normal development rather than a symptom when responding to a child’s lies.